Available for both iOS and Android 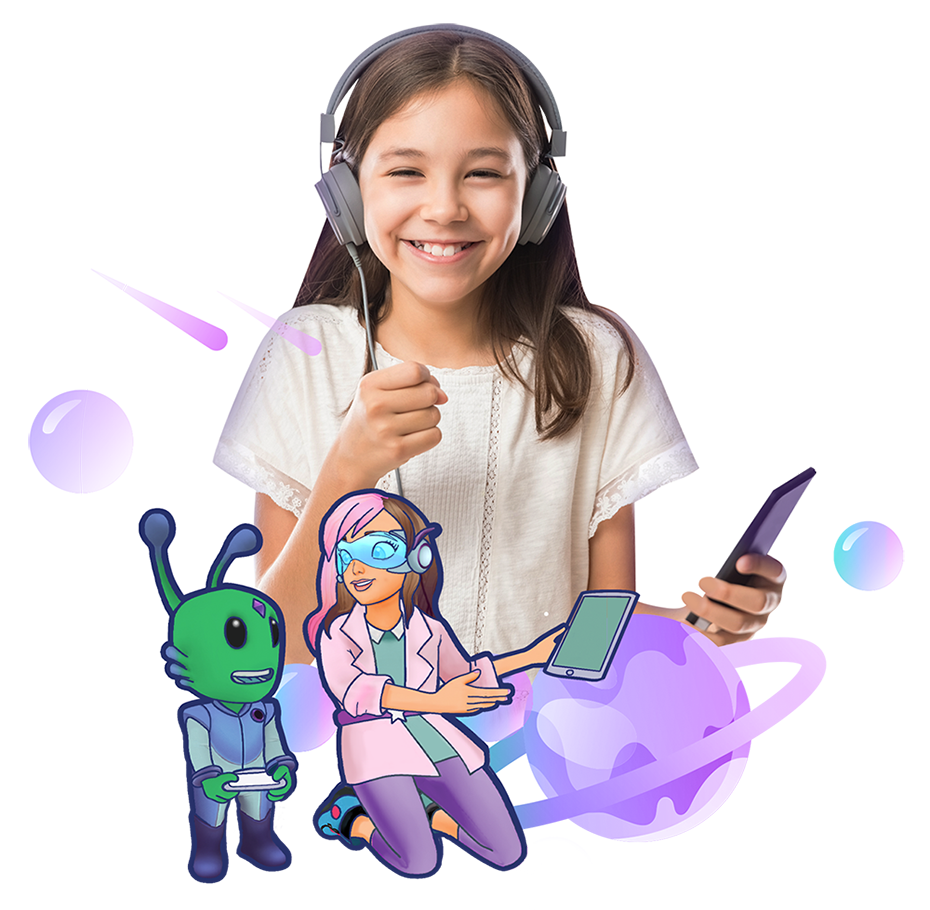 Zangu: A JOURNEY TO SPACE IS A VOICE-BASED GAME THAT TEACHES CHILDREN TO SPEAK NEW LANGUAGES IN A FUN AND ENGAGING WAY. ZANGU HELPS CHILDREN MASTER PRONUNCIATION THROUGH A SERIES OF CREATIVE CHALLENGES AND AN ENGAGING STORY LINE.

How does learning with
the Zangu APP work? 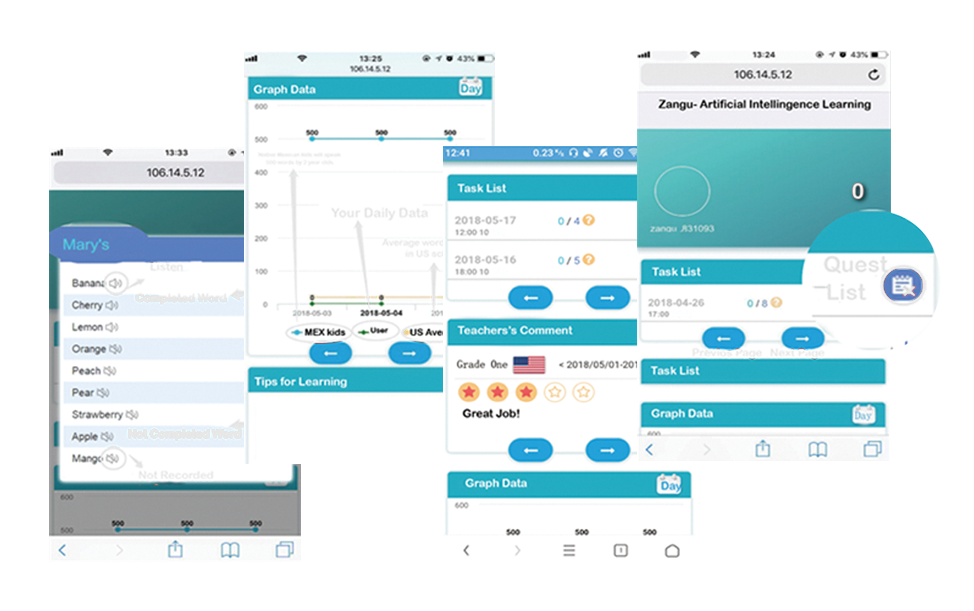 Who can benefit most from learning with the Zangu APP System?

Kids between 4 to 9 years old

Kids with problems in passive learning 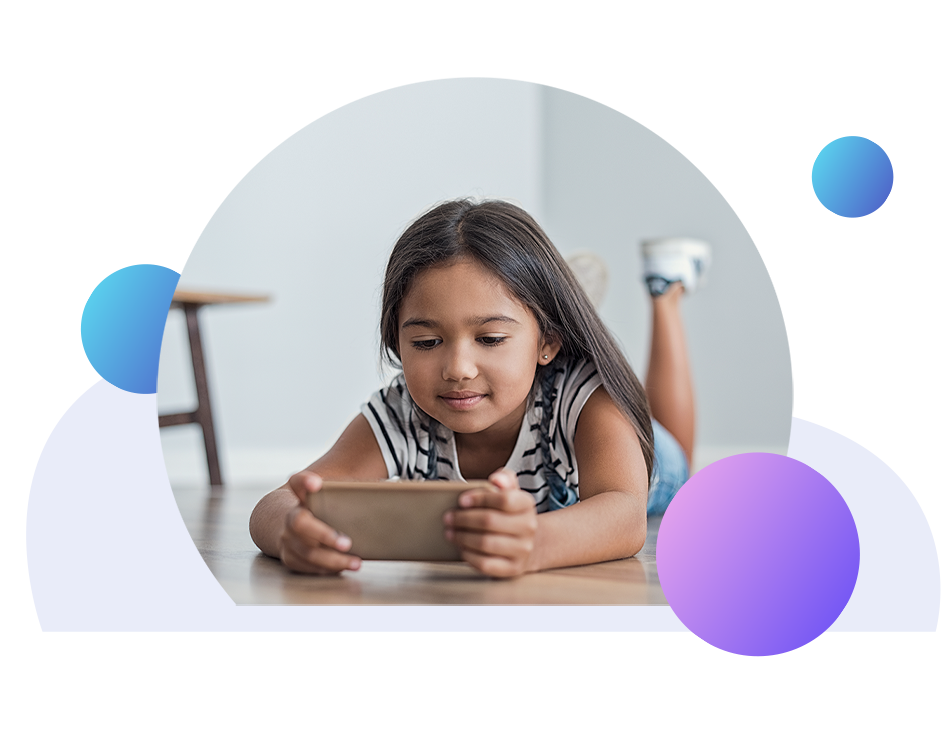 In early education, the most important part of education is to have kids learn a thing where they are most comfortable. Zangu App allows student to learn all new material at home. Which will make them most comfortable starting a new language while they play. 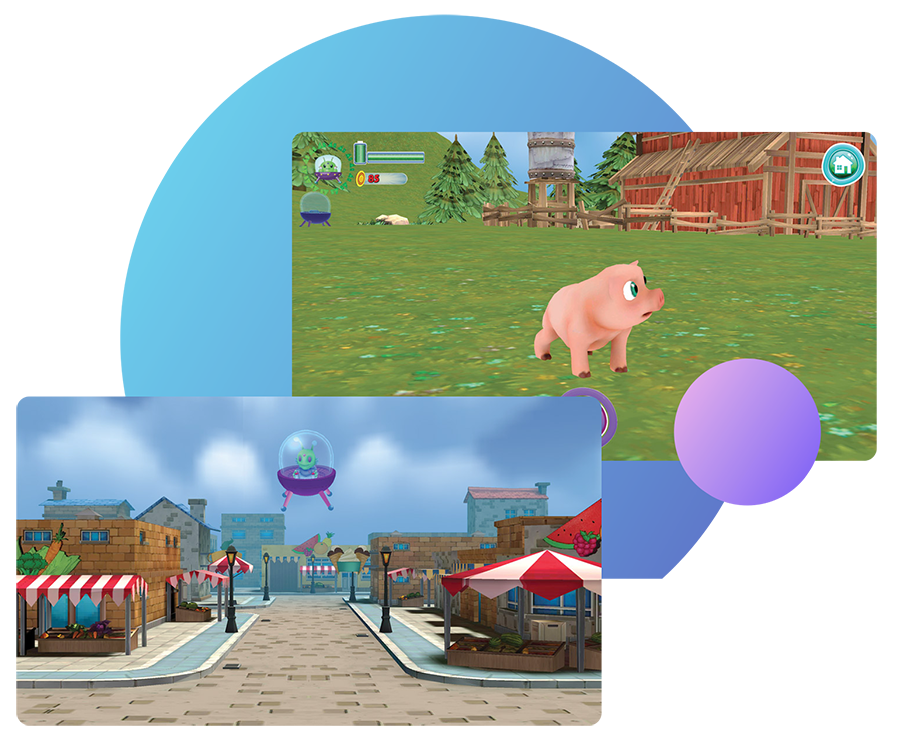 Help in the Lessons

As all students have learned new words at home on the APP, the teacher can spend most of the time during the class to exercise student in speaking and using the language. Also teacher can encourage who has not done so at home as teacher can see all progresses student make on the portal. 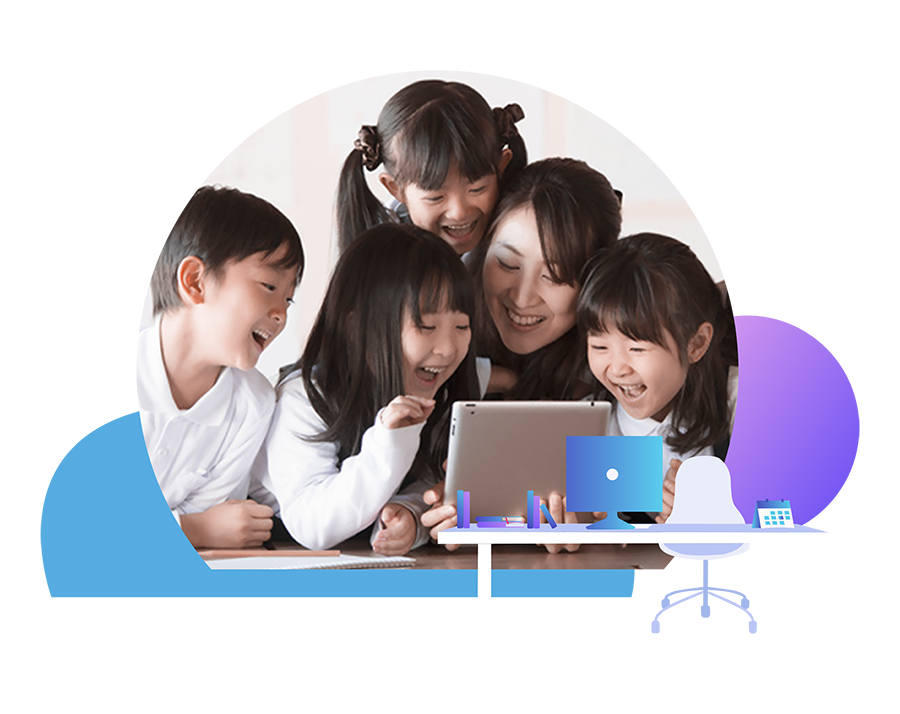 Then teacher will prompt student in a class competition which will display in clarity how much student had spend time practicing at home. The Game is to engage kids and motivate kids so that their memory becomes permanent quicker. 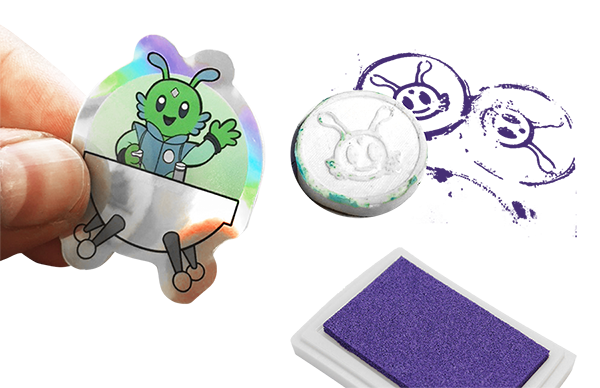 For all the in-class and online activities, Zangu provides a stamp-keeping system to promote the progress of the program, and the students have a clear view of rewards they can get through the program. Thus it ensures them a long term continuance of the program.

Every child is a genius at language learning. Everyone can speak their own mother tongue. So, children can learn a second language just like they did with their first. 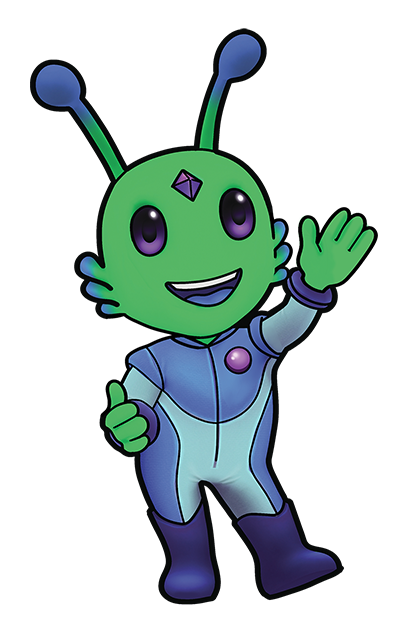 The first AI system adopted in various schools and institutions all over the world.

Teachers can better assist students by tracking and monitoring their progress, in-class participation and homework assignments.

A large international team supporting and answering questions over our social media platforms.

Daily APP usage allows muscle learning and use of long-term memory for instantaneous and correct reactions to various situations.

Detailed lesson plans with videos and manuals to support instructors and parents in completing tasks.

A group bulletin board will be set for internal communications among students.

AI Teach U is a company that applies its cutting-edge AI technology into the field of education. It is trying to solve educational inequality in and out of the class. AI Teach U believes every single child is a genius in their own way, and if we can just reach them and teach them how to have fun while playing and learning. 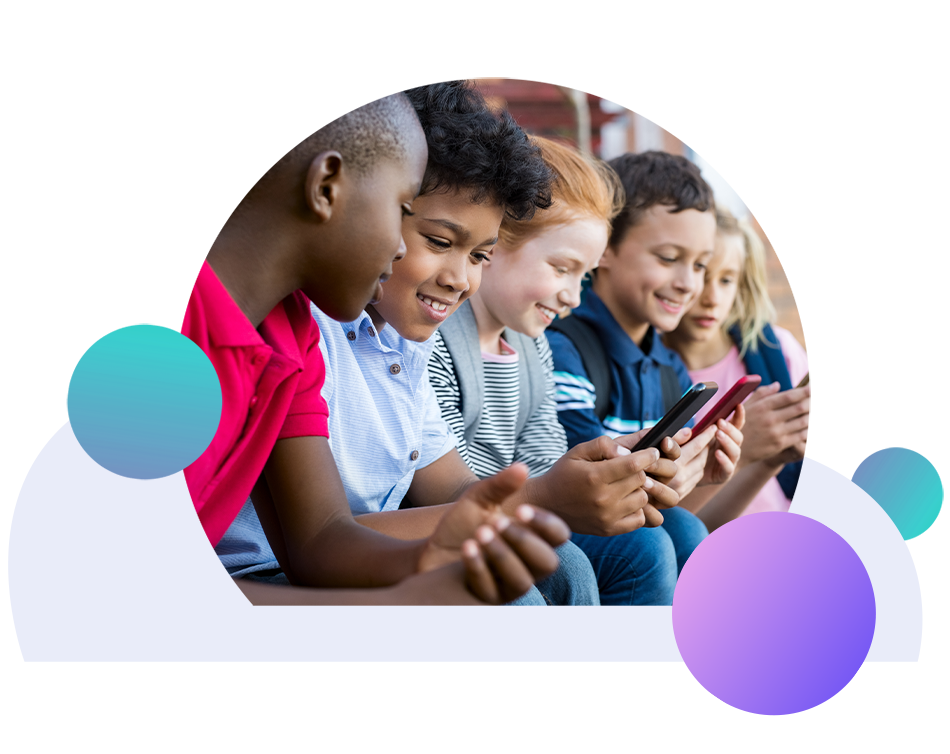 Supported by an organization of international educational researchers.

Both online and offline 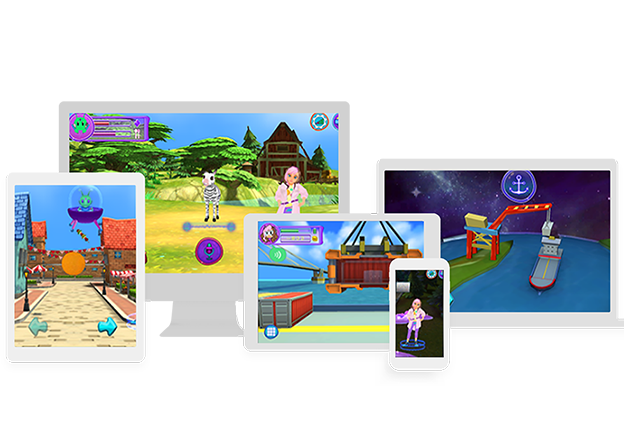 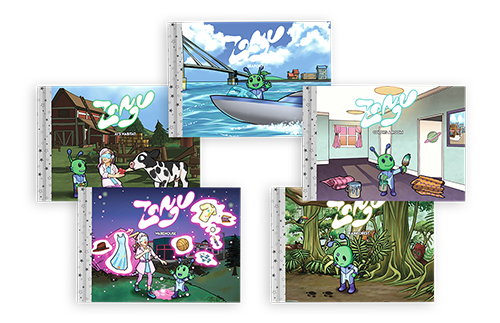 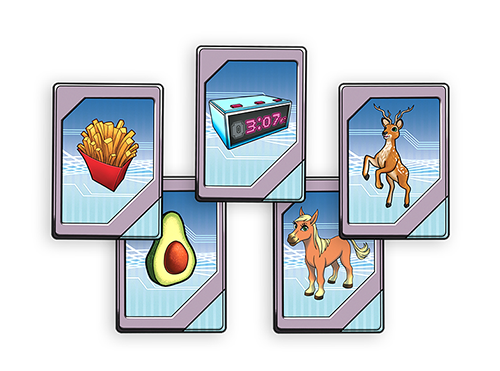 Zangu will provide a stress-free environment to learn, practice, and use a new language.

Teachers can better assist students by using Zangu. It helps teachers in monitoring and analyzing the problems of each student in the class, enabling them to track the progress of each individual student or the class as a whole.

Zangu is a simple solution to the fast-changing environment. With Zangu, schools can deploy AI-based education system with low cost and high efficiency.

Instead of interacting with the game through a touch interface, AI Teach U has children use the built-in microphone on their device. It matches spoken words with native pronunciation, rewarding players for correct responses while guiding their improvement. children will naturally acquire skills needed to identify and speak common words, which is the only way to win the game. We've seamlessly blended education and entertainment so that children can learn and have fun.

Take an amazing journey. We are on a mission, which stretches across galaxies, to help save Zangu's home planet. Can you save an entire civilization and help it learn from its past mistakes?
AI
Zangu 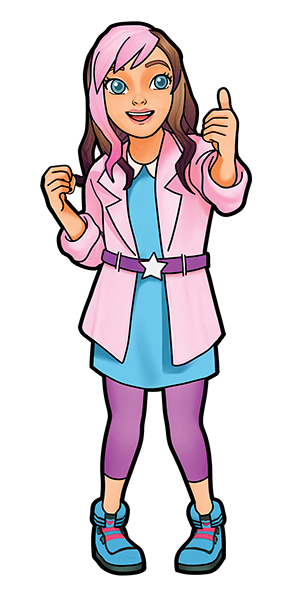 A genius scientist at the young age of nine, Ai is an expert in areas of science, math, music, and language. Because she is so gifted, Ai has access to her own laboratory with all the latest technology. Ai's strongest skill is being able to translate and decipher many languages. Ai has a bright, fun, trustworthy, and sweet personality that allows her to make friends with mostly anyone that she meets. She befriends "Zangu", an alien in need of help returning home. Together they will travel the planet to study and find resources while learning and teaching Zangu many of the things the world offers. Together they hope to save Zangu's home planet. 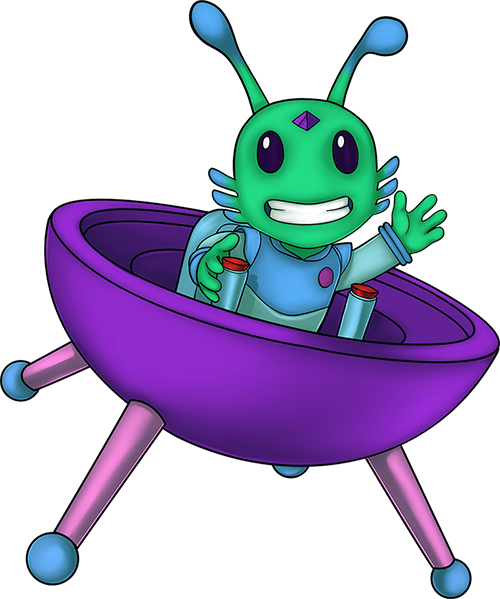 Zangu is a curious explorer from the Planet Zai. Zangu's personality can be described as bright, energetic, friendly, curious, and well meaning, but can be brash. Planet Zai has been through many stages of pollution and depopulation, so much so that there are no living things on planet Zai, aside from the Zai's. The Zai's are ingenuitive and technology based people. Conditions on planet Zai have worsened; many Zai's have left the planet in search of new homes. Zangu, who is one of the only few new born Zai's who have reached adulthood, travels across the universe to look for organic matter to bring back to their planet. However, has not been very successful. Zangu makes it his mission to restore his planet and bring back his parents. After being sucked through a wormhole, Zangu crash lands on Ai's planet where he starts his exploration.